Buy low and sell high. That’s the catch cry of arbitrage. Few people realise it, but there are opportunities for owners of battery and solar setups to do just that with the right electricity plan. Like any arbitrage opportunity, if you’re in the know, then you can benefit from the market.

I’ll share how the solar arbitrage strategy works. Plus outline the plans that allow you to buy electricity at a lower price than what the retailer agrees you can sell it back to them for.

Getting paid more for solar is rare

Many solar owners expect to get paid the same amount for the solar energy they export, as what they pay for the electricity they import from the grid. The problem is, grid electricity prices include network and retailer costs on top of generation costs. Feed-in tariffs have been trending downward since July 2018. The scenario of buying grid electricity for less than the feed-in tariff is becoming less likely. However, there are some exceptions.

Those fortunate enough to already be on the Victorian, Queensland or South Australian schemes receive premium feed-in tariffs of at least 60c, 44c or 44c respectively per kWh for exported solar. The downside is the system cap on these schemes is often quite small. Plus owners are typically restricted from adding any more solar or hooking up a battery – if they want to keep receiving their premium feed-in tariff.

There are some plans where customers can buy electricity at the same cost or lower than the plan’s solar feed-in tariff. We’ll get to the impact of daily supply charges or peak rates later. Since we like an energy saving challenge, we crunched pricing from our database of over 4,400 current public plans to find these elusive plans. I’ll share what we discovered.

What to look out for

Here are our three key observations on what’s available:

As of November 13 2018, there are over 90 unique plans (out of a total of ~4,500 plans) where the off-peak electricity rate is cheaper than the solar feed-in tariff rate. To make it easy to find these needles in a haystack, the next section provides a current list of these plans by network area, updated weekly.

Before you check these plans out, be aware many of them come with high usage and/or supply charges. A few, however, do not. Judging by many of our Deal Tracker subscribers these plans have been taken up by savvy consumers who have got the technology in their homes (solar and/or storage) and are willing to make behavioural changes to maximise their savings.

So what do you need to best take advantage of these plans?

I use the term “Solar Arbitrage” to describe this situation. It’s the opportunity that comes when you can sell electricity (you export via a solar feed-in tariff) for a higher price than you can buy it (from the grid). Technically you could call it electricity arbitrage. But it’s the solar feed-in tariff that enables everyday consumers to generate and sell power. So we’re going to stick with the term.

To take advantage of these offers you need to buy your electricity in off-peak hours and export as much solar as you can. Time-shifting your electricity loads from daytime hours to off-peak periods is mandatory to make this work. What about loads we can’t timeshift – that’s where battery storage can help. Normally, battery storage allows owners to limit the amount of electricity they import from the grid, particularly at times of higher electricity rates. And normally we use solar to charge the battery. But when off-peak electricity is at a lower rate than the feed-in tariff, economics say we should charge the battery from off-peak power.

For the time of use plans mentioned above, this situation improves the economics of storage. Why? Because consumers only need enough battery to cover peak and shoulder time of use periods. Since shoulder periods are mostly in the daytime and covered by solar, this allows solar owners to purchase smaller batteries as they only need to have power to cover them from ~5pm to 10pm when the off-peak time of use period starts. At which point it’s cheaper to use grid electricity to cover any electrical loads.

Further, as your solar pays you more than off-peak electricity costs, you’ll save more if you charge the battery from 10pm-7am than using your more valuable solar. You’ll also have the advantage of starting the day with a full battery which will likely be full or near full when the sun goes down to cover you until 10pm.

How much could I save using solar arbitrage?

This depends on the size of your solar PV system, your ability to shift loads to off-peak hours and the size of any energy storage you have. The bigger the better for all three items. “All electric” homes including those with home storage and/or electric vehicles and other loads (heating, dishwashers, quiet pool pumps) that can be shifted to run at night have the greatest opportunity to save. Some small businesses with EV fleets, solar and storage could be big winners as well as they have their vehicles fully charged each morning along with batteries allowing solar and storage to cover minimise peak and demand tariffs.

If we take the AGL Solar Savers residential plan in the Ausgrid network as an example there is a solar arbitrage of 3.555c per day. For an “all electric” home with an 8kW solar PV system who would normally consume 20kWh per day (including charging a battery) to off-peak times, you’ll have earned $260p.a. A useful saving to storage owners in addition to their primary objective of avoiding peak electricity rates.

We expect that plans providing solar arbitrage opportunities like this will come and go over time. However, if time-varying feed-in tariffs are introduced by retailers then there is potential for there to be many more plans with positive solar arbitrage amounts such as those listed above.

What are the limits on solar arbitrage

High feed-in tariff plans often come with limits – either on export volumes per day or year or the capacity of the solar PV system. Solar PV system size limits also do but a PV limit does not restrict your usage of battery to enhance solar arbitrage by minimising higher peak and shoulder rates or by exporting spare capacity to the grid (which we’ll cover in the next section).

Battery cost and cycle life – need to be mentioned here. Energy storage currently comes at a cost and while there are “opportunities” to acquire low cost batteries (second hand from data centres, excess stock etc), energy storage is expensive and does degrade with the frequency and depth you cycle the battery. While each battery is unique in its characteristics the trend is for longer warranties and higher cycle life as battery manufacturers optimise battery chemistries and confirm test scenarios in the real world. For example, many batteries have warranties that support cycling your battery more than once per day.

Taking it to the extreme

For those who like taking any money saving/money opportunity to the extreme – here are some options to consider:

For option one, knowing that the off-peak period starts at 10pm a smart energy system could look at how much battery capacity is available in the battery and export the remainder so the battery runs out just at 10pm e.g. if at 8pm the battery has 6kWh remaining and the battery inverter has a maximum 3kW capacity, it could export at full power for two hours 3kW x 2 hours = 6kWh.

For option two, if your storage system can support charging and discharging in less than three hours then you could charge it from 10pm-1am, discharge from 1am-4pm and charge it from 4pm-7pm. Each time you charge you’re paying less than if you were filling the battery from your solar.

Option three, while partly in jest, acknowledges that if you had an energy storage you could quickly charge/discharge (like supercapacitors) with no battery degradation then you could make it turn a dime. A system capable of importing and exporting for say 6 hours per night at 2.5kWh in/out per hour and a 5 cent margin => $0.05 x 3 x 6 x 365 = $273p.a. While not enough to justify the cost of such an energy storage system by itself it would certainly improve the ROI of one you were getting anyway to avoid peak electricity rates! Since a Powerwall 2 is capable of 2.5kWh in and out per hour it’s technically achievable, all we require is storage where battery cycling has little to no cost.

Is this solar arbitrage a good environmental option?

Ah no, not an individual level. You’ll be consuming a lot more electricity overnight – that is largely coming from coal-fired power stations (depending on your location) to cover loads and fill your battery and then exporting more power into the grid during the day. At a whole of day, whole of grid level there would be no net difference in emissions as the same amount of renewable and non-renewable sources would be used to meet the same aggregate level of demand albeit it at different times of the day.

On a personal level, only if you have access to low cost energy storage. At a community level, it won’t scale as these plans won’t be economic for retailers for those consumers who have storage and load shift their loads to off-peak periods. If many consumers were to avoid the higher margin peak rates on these plans because they have storage, the generosity of the feed-in tariffs on these plans won’t last unless they are implemented as time-varying tariffs.

Does solar arbitrage help anyone else?

Maybe. If you export excess capacity from your storage system during peak hours you won’t get paid any more you but will be “generating” at peak periods when wholesale market prices and network demand are high. Will this make any material difference to peak prices? Individually no, but like anything, if enough people were to do it, it would help reduce peak generation prices. From a network perspective, it will help in the same manner as it reduces peak demand on the network and increases load when the network is low resulting in better network asset utilisation and in theory lower network charges per kWh. 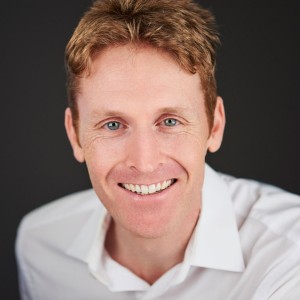 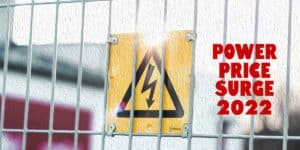 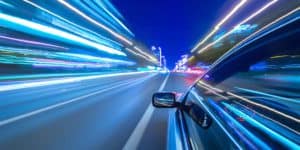 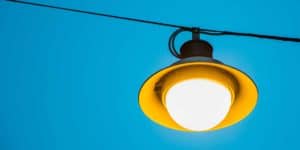 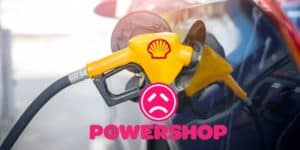 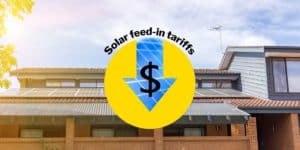